The cello is a string instrument with a unique voice and one of the very old musical instruments. The first known maker was Andrea Amati. It has been basically remained the same for hundreds of years. In addition, it belongs to the strings family and it’s a bowed member of the family. It has four strings tuned in perfect fifths. Grammatically, celli or better still cellos is the plural form for the cello. The four major instruments in the string family in which cello belongs are the violin, the viola, the cello, and the double bass. In fact, all members of the family are built the same way.

Cello came from the Italian term violoncello, which actually means “little violone”. The violone is the lowest-pitched instrument in the viol family. A viol family is a group of stringed instruments that were used primarily before the eighteenth century. During the twentieth century, it became customary to abbreviate violoncello as “cello.”

It is believed that the Celli were made as early as the mid-1500s. Cello as an instrument grew in recognition across Europe in the 1700s. Its popularity can be attributed to Italian players although the French players continued to use the bass violin for several more decades.

The cello in construction totally looks like it sibling; the violin and viola. However, the cello built around 4 feet long is much larger with thicker strings than either the violin or viola. Also, due to its size, the cello cannot be placed under a chin to be played like violin and viola. In order to play the cello, one needs to sit down with the body of the instrument between his or her knees and place its neck on the left shoulder. The supported metal peg enables and supports the body of it to rest on the ground very well.

In construction, cellos come in many different sizes. The fractional digit of the “4/4” is commonly used to denote standard size for the instrument or full-sized cellos. Also, there are fractional sizes of 7/8, 3/4, 1/2, 1/4, 1/8, 1/10, and 1/16 for smaller cellos. These fractions are designs to complement the arm length of the cellist. Note that smaller cellos are basically the same as full-sized cellos but proportionally reduced in size for children and shorter adults. Furthermore, the cello maybe refers to as the bulky instrument but it is actually relatively lightweight with 3Kg weight. In fact, it is literally the case that adds on most of the weight the instrument has.

The Cello is made of many pieces of wood, although other materials such as carbon fiber or aluminum may be used, which are glued (never nailed) together. The glue used in cello making is a product of animal connective tissue. It is strong but malleable and weaker than the wood. The weakness of the glue compared to the wood gives room for it to shrink or expand without cracking the instrument. Normally, a traditional cello possesses a well-groomed top, with maple for the neck, back, and sides. Sometimes, other woods like poplar or willow, are used for cello’s back and sides. Besides, laminated wood is frequently used for less expensive cellos tops and backs.

Equally important, the top and back of the cello have decorative border inlay known as purfling. In fact, the purfling gives the cello an aesthetically pleasing appearance. Also, it serves as a protector for cello against damages. Purfling guide against cracking of the wood as a result of playing, traveling, weather, or being struck or dropped. Certainly, a crack may form at the rim of the cello but purfling will prevent it from spreads further. Therefore, without purfling, cracks formed can spread up or down the top or back. Conversely, less expensive instruments typically have painted purfling.

In addition, the cello’s body is hollow and that makes it a resonating box for the sound. Four strings and sometimes five as in the double-bass are made of animal gut, nylon, or steel. Cello strings are wrapped around dedicated pegs above its neck at one end and attached to a tailpiece attached to the box at the other end. Consequently, the strings are stretched tightly across a bridge in order to produce their appropriate pitches.

Cello like other members of its family is in two pieces. These are the instrument and the bow used to play it. The bow made with horsehair is employed to set its string into vibration. To make sound with the bow, draw it over the string of the cello.

The bow can also be made from synthetic material and should be tightened very well to the right tension for playing. Also, the bow needs to loosen whenever the cellist wants to put it away from playing. The fundamental note is followed by higher frequency overtones whenever a string is plucked or bowed to produce a note. To sum it up, each sound produced has a recipe of frequencies that comes together to make the full sound.

ALSO READ: Parts of the Clarinet

A Cello player is popularly known as a cellist. In particular, the playing of it is always in an upright position with the body of the instrument resting between the legs of the player. For the sound, the right hand is used to hold the bow and pluck the strings while the left hand resting on the back of the neck employ to stop the strings on the fingerboard and adjust the pitch of the note. The correct sitting and both hands position is demanding at the beginning stages. Besides, the hand positioning remains the same for both left-handed or right-handed.

In chamber music, the cello is playing as a solo instrument and supplies the bass line of a string quartet.  Also, the cello are one of the components of a classic symphony orchestra. Cello is the second only to the double bass in size in a symphony orchestra and was said to be the closest sounding instrument to the human (i.e. male) voice. Generally, its musical parts are written on the bass clef. However, tenor and treble clefs are employed to write a part for its higher range.

Maintenance of The Cello

All musical instruments need proper maintenance and cello is not excluded. Long used cello that is not maintained very well can easily demand a repair which is costly.  In short, appropriate maintenance and cleaning of the cello is required on all occasions. It is essential to clean your instrument with a soft cloth or rag and change its strings every now and then.

Also, ensure you have a lint-free cloth inside the case of your cello and use it to wipe all the dirt and rosin dust off your instrument every time you use it. While cleaning your instrument, be attentive to its fingerboard and pegbox, and ensure you do not change the position of the bridge. Likewise, do not use alcohol or furniture polish to clean it.

Also, remember that it takes some time to tune it and also takes a while to master the art properly. For this reason, make it a habit to tune your instrument every day or whenever you take it out of the case. And if you don’t know how to tune a cello, do not tune it yourself. This is necessary because you can break the string or damage the instrument. It is advisable to take it to your teacher in your next class. You can also take to someone you trust his or her knowledge to do it for you.

Furthermore, the lack of humidity and change in temperature are potential elements of damage to the cello. In fact, a small crack in the wood of your cello can be very costly in terms of repair. With this in mind, it is necessary for you not to leave your cello in the car or any other place it can suffer intense cold or heat which can crack it and make your cello to fall out of tune. The back seat is a good place to keep your cello while traveling or carrying it with a car. Besides, remember to always keep it in a dry and cool place.

In addition, it is a good idea to always keep the instrument and the bow a closed lid case when we are not using it. Truly, a careless accident can seriously damage the instrument. The bow should be lock securely in place and the pad or shoulder rest removed before we close the case. Do not touch or play with the horsehair of your bow in order not to damage it and prevent it from grabbing the strings. Equally important, we need to loose the hair on the bow when we are done with playing before we put it in the case back. Just loosen the screw to loosen the hair and unstressed the bow stick. Also, ensure that the bow stick maintains the natural arch when tightened. in short tighten and loosen should be done appropriately.

At Phamox Music, we go all out for exactness and honesty. For this purpose, if by any means you found any possible glitch, be it factual, editorial or something that we need to update, kindly contact us. 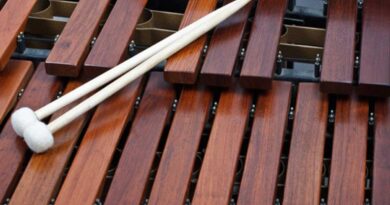 Interesting Information About The Xylophone 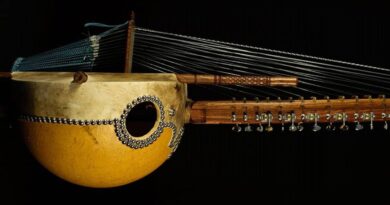 Importance Of The Practice In Music Learning

What You Need To Understand About Musical Form

How To Sing On The Pitch And Stay In The Key

Things You Need To know About The Djembe

The Djembe The Djembe is an African drum with a goblet shape and distinct sound. It is a membranophone instrument

How To Sing On The Pitch And Stay In The Key

How to Increase Your Vocal Volume And Sing Better

Tips On How To Keep Your Voice Healthy

The Good Choir Etiquette To Observe And Adopt

Importance Of The Practice In Music Learning

“Important Of Practice In Music“ In actual fact, learning something new is not always easy, particularly at the start. Besides,

The Story You Need To Know About The Blessed Assurance Hymn

Who Is Dr. Chinedum Nathan Osinigwe, His Life And Music

Important Advice To All Church Musicians

This website uses cookies to improve your experience while you navigate through the website. Out of these, the cookies that are categorized as necessary are stored on your browser as they are essential for the working of basic functionalities of the website. We also use third-party cookies that help us analyze and understand how you use this website. These cookies will be stored in your browser only with your consent. You also have the option to opt-out of these cookies. But opting out of some of these cookies may affect your browsing experience.
Necessary Always Enabled

Any cookies that may not be particularly necessary for the website to function and is used specifically to collect user personal data via analytics, ads, other embedded contents are termed as non-necessary cookies. It is mandatory to procure user consent prior to running these cookies on your website.